Channels & The Ice Age
The River Thames once flowed across mid Essex. At times of large-scale melting at the beginning and end of each cold period of the Ice Age from at least 1 million to nearly half a million years ago, the river was a huge unbounded braided torrent that carried vast amounts of gravel across the land – even large boulders in times of flood.

Each time the river flow waned, much material could no longer be carried, so it was left in the bed of the river. These gravel and boulder deposits were dug from the Channels site and used for aggregate for building. Once these deposits were exhausted, the pits were used for landfill and fishing lakes and the ground around landscaped and used as a golf course before being used for housing. 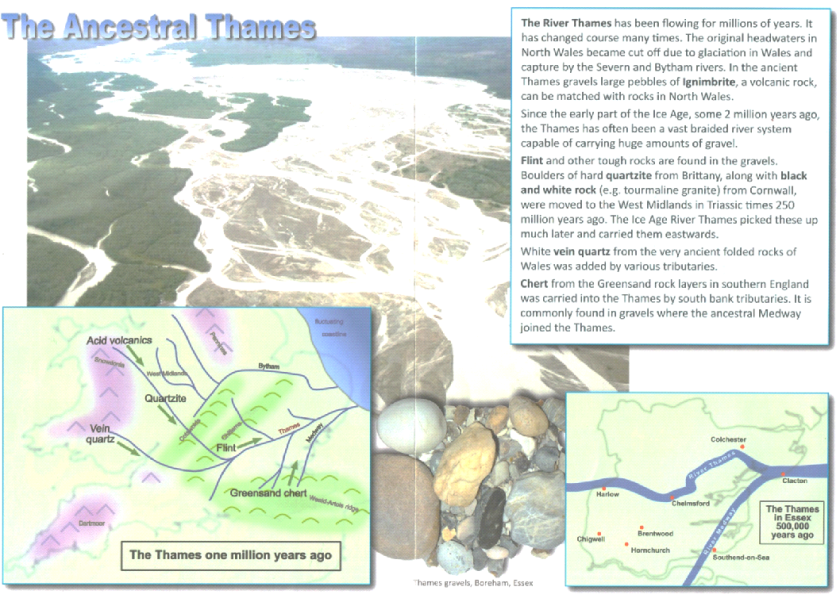 The pebbles in the gravel come from many parts of Britain and beyond. Looking closely at the pebbles, the different rock types can be distinguished, revealing the stories of their travels. Large boulders placed across the Channels site were carried by the ancestral Thames and dumped at the bottom of the beds of gravel from where they were excavated during quarrying. 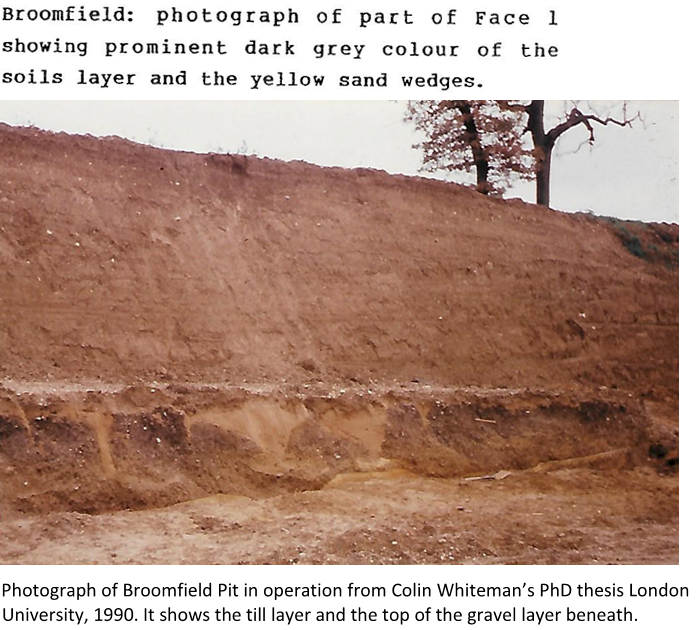 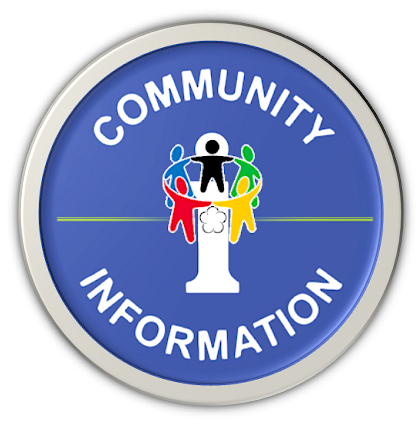