Boulders at Channels
Large boulders have long been used as landmarks and landscape features such as standing stones and stone circles. Some such boulders have already been used as features in front of the Channels complex and there are others distributed around the site.

Some of the boulders are made of Hertfordshire Puddingstone which was formed about 56 million years ago when the climate of Britain became a very hot desert, like the centre of Australia today. A layer of what had been beach pebbles and sand became cemented with quartz beneath the surface of the ground. These stones are very resistant to erosion having survived the rigours of the Ice Age. Other boulders at Channels are Sarsens which are Puddingstone without the pebbles. These show distinctive rootlet holes and mamillated surfaces that point to their formation within a soil layer. 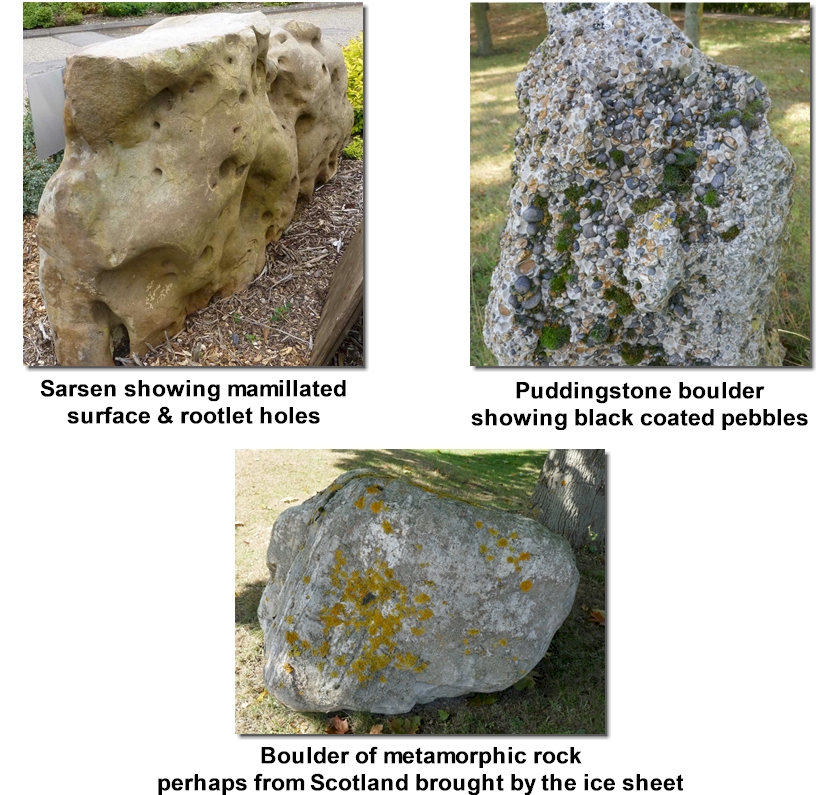 The outer ring of stones at Stonehenge is made from very large Sarsen stones. There is also one boulder that has a different composition from much farther afield, probably Scotland, which was brought to the area in the ice sheet which diverted the Thames away from this area.